To navigate through the interactive garden,
click on the red points, that show the most important places of interest.

The entrance of the gardens is situated near the shipping pier called Villa Taranto and along the street connecting Pallanza to Intra. Here you will also find: a free car park, the ticket office, a kiosk selling plants, the bookshop selling postcards, guides, souvenirs and gifts and the Bar-Restaurant. 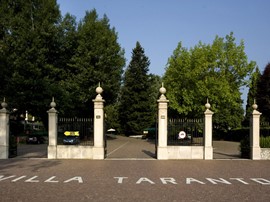 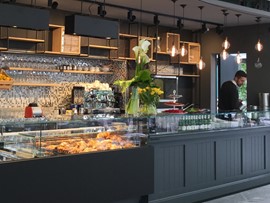 Precious “natural paintings” are exposed in the former porter’s lodge, a marvelous building in eclectic style. Captain Neil Mc Eacharn’s Herbarium Britannicum includes 43 display cabinets where you can admire species of spontaneous flora from United Kingdom, collected, classified and nomenclated back in 1929 in England by Henry Cocker, the first head gardener of Villa Taranto.
Visit is free, during the season daily, from 10 am to 5 pm. 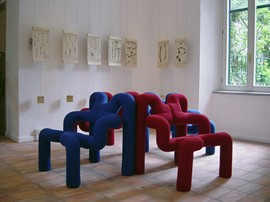 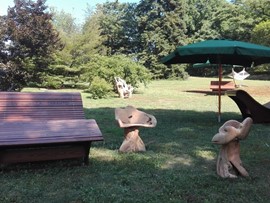 Also called „alley of conifers“; The eye follows the long, green, extremely short cutted grass strip, which lies between the path and the bordering flower beds 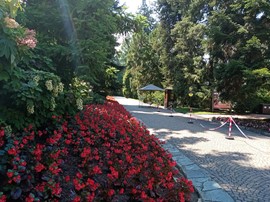 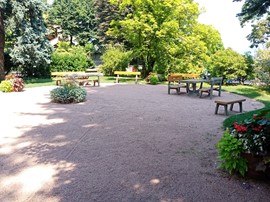 So called, for the sculptures, which adorn it. The fountain is surrounded in spring by blooming flowerbeds and in summer by the giant leaves of Colocasia antiquorum, picturesquely known as “elephant ears”. Beyond the fountain, there is a colorful flower-border of herbaceous plants. 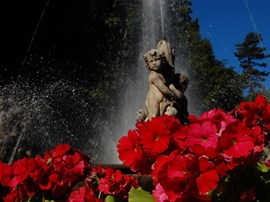 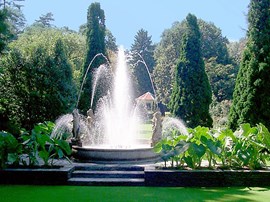 From summer till autumn, the Dahlia Maze, charms and enchants its visitors with the view of over 1700 plants in flower, subdivided in over 350 varieties. Among these, jut out the Decoratives with big flowers and particularly the impressive Emery Paul; which its inflorescences exceed 25 centimeters of diameter; the Pompons, among which its globe-shaped flower heads, similar to a bees’ nest, do not even reach 5 mm of diameter. 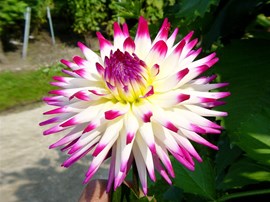 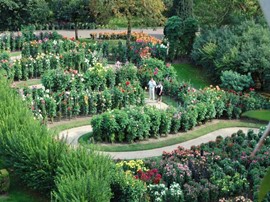 This water lily comes originally from Paraguay – Argentina. It is reared in the gardens of Villa Taranto in a glasshouse together with other tropical plants. In 1956, the first seeds arrived here from the botanical garden of Stockholm. Their leaves can reach a diameter of almost two meters and it can support a weighing over 10 kg. (From 15th June until the end of October). The vertical garden is a pre-built structure made by panels of fiber material and provided with an automatic irrigation system. 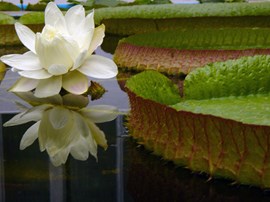 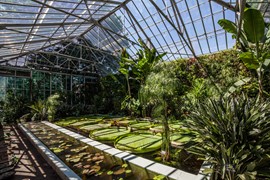 The mausoleum chapel was built in 1965 responsively to the last will of the deceased captain Mc Eacharn. It consisted in finding his last resting-place in the gardens of Villa Taranto, created by him and had been becoming purpose in his life. 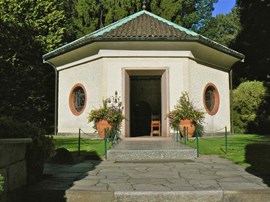 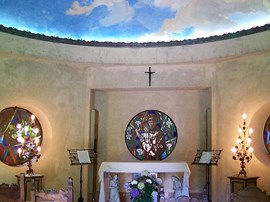 A valley artificially created in the year 1935 which is spaned by a one-arch stone bridge; here you will also find a rare example of the Davidia involucrata, which is also called “handkerchief tree” or „dove tree“. 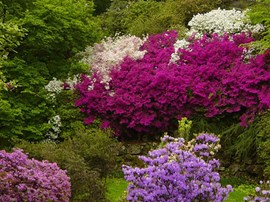 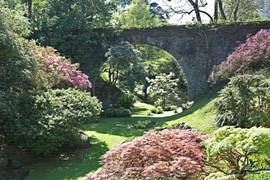 The villa was bought by Captain Neil Mceacharn in 1931 thanks to an announcement in the newspaper Times. The architecture style is near the one of the Normandy. Directly before the house there is a fountain in the middle of a wide lawn. The villa isn't visible inside, because of being domicile of the prefecture of the province VCO since 1995. 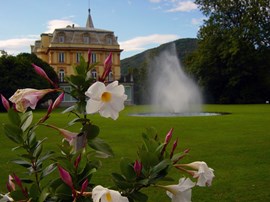 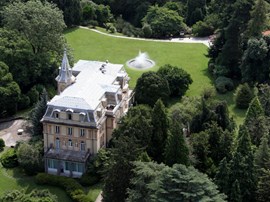 The view rambles over coloured flower beds, between carpets of grass and sewers, small waterfalls and waterplays, a wounderful scenario of forms and colours. Here is also situated the bronze statue „The Fisherman“, masterwork of the Neapolitan artist Vincenzo Gemito. 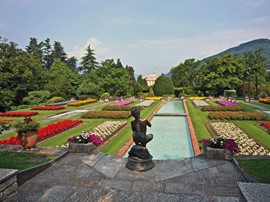 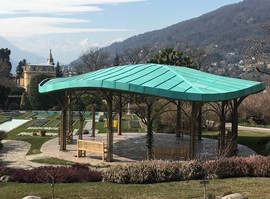 A contorted pond full of majestic lotus flowers, Nelumbo nucifera, which petals are gleaming in rosy colour shades. The Nelumbo is the lotus lily sacred to Buddhists and the symbol of India. Its leaves with a diameter of ca. 50/60 cm are waterproof and rise on the level of the water up to one meter and a half. 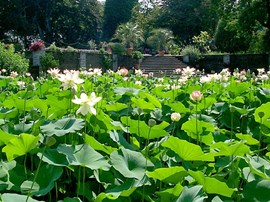 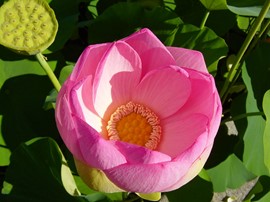 In the months of April and May, when the branches are covering themselves with myriads of blossoms, these trees are offering in Europe a probably singular spectacle. In 1938, the Spanish infant Don Jaime bedded Davidia Involucrata in the “Path of Personalities. The tree owes its popular name “hand-kerchief tree” or “dove tree” to the spectacular white flowering. 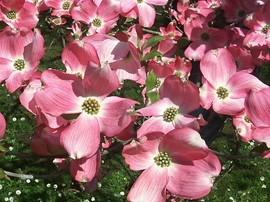 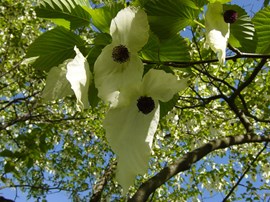